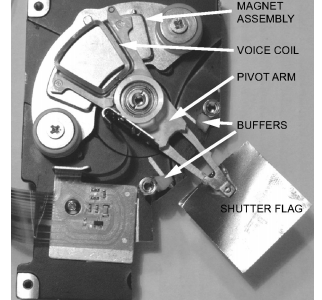 An anonymous contributor wrote in about making laser shutters using hard disk drive rotary voice-coil actuators. The contributor’s lab has made a couple of these which are controlled via an Arduino, at a much lower cost than shutters from Thorlabs or similar.